The body is a machine. As a machine it is made up of numerous arches, hinges and pulleys.

An arch is a curved structure capable of spanning a space while supporting significant weight. When you have two pillars that fall towards each other and in the middle of those two pillars falls a keystone, we have an arch. The keystone of an arch is a stone or in our case a bone, that is thinner at the bottom than at its top, therefore wedging itself strongly into the pillars. Most everyone has heard of the arches of the feet. There are arches in the pelvis as well. The bodies arches allow us to stand upright and transfer weight through the bones as part of the amazing balancing act that is human posture 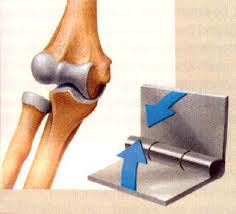 The body is made up of numerous types of joints allowing far an extraordinary range of movement in all directions. A hinge joint works similarly to the way a door opens and closes and the hinge joints of the body, such as the knee, the elbow and the fingers, are essential to walking and running. 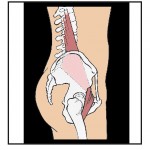 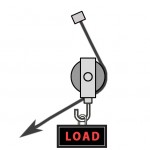 A pulley is a simple machine that supports movement and change of direction creating a certain mechanical advantage. There are  numerous pulley systems within the body—the peroneals, the quadriceps, the psoas— making mundane some rather herculean tasks, such as holding us upright.

When we figure out the mechanical model and start using the body as designed everything gets easier to accomplish.